There are moments we know, without a doubt, that we will remember fondly. But it doesn’t mean that those moments were completely idyllic or picturesque. Often times, as we dive back into our memories, they are blanketed with a think layer of nostalgia that covers a multitude of sins. Family gatherings, for instance, are often fraught with familial tensions. Unspoken but implied criticisms. Hurt feelings or frustrations. But these are not the things we remember. We remember with rose-colored glasses the good times. The unguarded enthusiasm of children experiencing things for the first time. The brash and also unguarded comments of the aged who no longer feel the need to bother with social niceties. Fingers in mixing bowls getting smacked by mammas. Christmas presents opened just a smidge at the corner when no one was looking. Or endless games of monopoly in which we seek to dominate our beloved.

But it struck me this weekend as I experienced just such a moment of pure nostalgia in the making, that it is often incredibly hard to get past the difficulties that exist in those moments so that we can see, all around us, the things we are sure to remember fondly. Why is it that we so often only appreciate things that have already passed? It is because we’re too busy dealing with the stresses of the present to notice. But shouldn’t our memories, time and time again, be a lesson to us to let go of the things that don’t matter in the present? If we can just find it in us to brush off a harsh word, let go of unwarranted criticism, or never return the slight of someone else in kind, we can remember, in the present, the love that holds us together and the joys that are the building blocks of our memories.

This weekend found me and my family in a very small town in northern Mississippi where my husband was participating in a reunion concert for a local band who’s first gig occurred 40 years previous. It was astonishingly beautiful. Already, I remember it warmly. But I do regret allowing myself to be taken up with some of the stresses that surrounded the weekend. Some of them were silly stresses. Some of them serious. But none of them will factor into the beauty of the memory. What did it matter, in the long run, if the hotel room was old and small? Or if my sick son was a bit whinny and slept in my arms for most of the concert? That, in and of itself, will bring a smile with its memory. Was it really justified of me to feel somewhat jealous of the time I didn’t get to spend with an old friend when he was surrounded by family, friends, and a girlfriend he doesn’t get to see often enough? Should I have allowed myself to embody the stresses of those around me who were prepping for the concert or dealing with their own family tensions? Or should I have been an oasis for those same people – a stress free zone to refresh their mind and spirit? Of course, none of these difficulties compared with the wonderful beauties that the weekend afforded. Such as the constant bombardment of strangers telling me how wonderful my husband was both as a person and as a musician and how much they appreciated his help over the last several months. Or seeing the pure excitement on my son’s face, despite being sick, as he watched his daddy play in a concert. Or witnessing old men relive the passions of their youth with unrivaled enthusiasm and the support of their home town for their endeavor. And seeing a mother dance with her grown son, my friend, as though no one was watching and imagining myself and my son, who was sleeping in my lap, dancing in their shoes in the not so distant future. This is the stuff of life. All the rest is not worth remembering, and so, it is not worth dwelling on.

Balance.  This word . . . this idea, is so crucial for understanding and attaining happiness.  It is a significant part of the reason that I am writing this blog.  So many of us find it easy to highlight, ponder, dwell on, and magnify the negatives in our lives until they become radically out of balance with the positives that are all around us.  I am as guilty of this as anyone.  But, by the same token, the bright, happy, light, fun, and beautiful things, although often overlooked, would not retain their majesty without the contrast that pain provides.  I am struck lately, by many such examples of this balance in my life and they move me to gratitude.  They are the building blocks of my contentment.

In accidentally stabbing my hand, I discover over the course of the following week, the immense relief of allowing someone else to take control and help with the simple everyday things that often bog me down.  In being consistently frustrated by the window-rattling, base-thumping music of my rear adjoining neighbors, I am afforded an opportunity to connect to another neighbor I might otherwise have never spoken to.  While exhausting myself trying to finish a book for my book club, I find myself refreshed by the stimulating discussion of friends that follows my accomplishment.  Because my sitter’s daughter became ill, my son was able to spend some much needed time with his daddy and friends.  In lamenting the loss of certain friends to my husband, I am reminded of poignant examples of the depth of the friendships that remain.  While on the verge of letting my frustration overcome me at the unfathomably slow pace of my toddler on a walk around the block, he brings me a stick with dead leaves hanging off of it and proudly declares, “A flower for you Momma!  It’s special!”  Indeed it was. 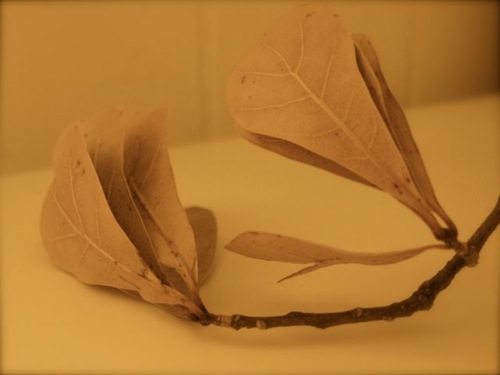 The key, I suppose, is remembering, while immersed in the difficult moments, that they too will find balance.  There is always another side of the coin.  But don’t wait for that balance to happen too you.  Seek it out.  Mine for the joy that accompanies sorrow and most likely you will be able to find it.  Create moments that will surprise you . . . you might be surprised what you’ll find.