I have just finished reading an extraordinary book entitled, “The Elegance of the Hedgehog.” I read it for a book club that I lead once a month, but I did not select it. It was chosen by a friend of mine and I must admit, I was sceptical at first. As a matter of fact, I was still sceptical a quarter of the way in, much like one is sceptical of an odd new acquaintance that they just might like to befriend, but they’re not quite sure. Yet the story and the characters so richly developed as I made further progress, that I could not help but be swept away by the poignance, beauty, and humanity that was exhibited in it’s pages. As I began the book, I felt that there was a pervasive cynicism that would be hard to overcome for someone as deliberately optimistic as myself. The two main characters were so isolated in their own minds, that they themselves had a hard time overcoming it. But it was this change from cynicism to hope that gave the book it’s depth. It was utterly beautiful to walk beside, and actually in the very minds of these two women as they learned to believe in humanity and the endless potential hidden in some people that we are fortunate enough to really see and call friends. The story is saturated in philosophy and psychology, which can make it a bit burdensome at times, but also intellectually stimulating and enriching. Because it ends with such a worthy example of what I am trying to accomplish here in my blog, finding beauty in the little thing and using those beautiful moments as building blocks of our happiness, I thought I would share the book with my readers along with my definite stamp of approval. 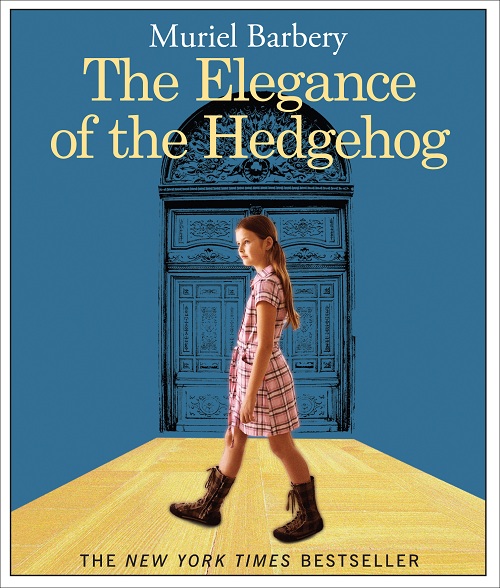 “In a bourgeois apartment building in Paris, we encounter Renée, an intelligent, philosophical, and cultured concierge who masks herself as the stereotypical uneducated “super” to avoid suspicion from the building’s pretentious inhabitants. Also living in the building is Paloma, the adolescent daughter of a parliamentarian, who has decided to commit suicide on her thirteenth birthday because she cannot bear to live among the rich. Although they are passing strangers, it is through Renée’s observations and Paloma’s journal entries that The Elegance of the Hedgehog reveals the absurd lives of the wealthy. That is until a Japanese businessman moves into the building and brings the two characters together. A critical success in France, the novel may strike a different chord with some readers in the U.S. The plot thins at moments and is supplanted with philosophical discourse on culture, the ruling class, and the injustices done to the poor.”
Review by Heather Paulson found on Amazon.

7 thoughts on “The Elegance of the Hedgehog”