Most of you who know me personally know that music is a central theme in my family and our home. It was a huge part of my past (having worked for 6 years toward a guitar performance degree) and a significant part of what made me who I am today. Although I rarely play anymore, as life, work, and children have engulfed my time, it does give me a certain measure of credibility and experience in working with and alongside my husband in his ongoing and consistently driven musical efforts, and also in instilling musical passion in my children. I have discovered that the active practice of our life’s various loves often waxes and wanes as time marches on and our circumstances change with its beat. But just because we may not participate actively in the same passions throughout all stages of our lives, does not mean those passions have died. For whatever length of time we did practice them, we wrote them on our hearts and made them a part of whatever we choose to practice in the future – in my case, blogging, gardening, hosting book clubs, raising children, and supporting the passions of those I love (just to name a few). But I digress… 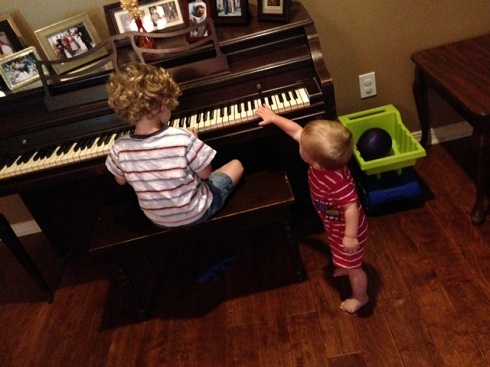 This post is about music. And it has been quite a week for musical happenings in our home. The first and most minor event is that I restrung my classical for the first time in years! Given the above diatribe about life’s changing passions, I hope this does not cause any of you to immediately assume you will be hearing the classical renderings of Diana Scarborough (as last heard circa 2005) any time soon. But it is a step. A small step. It opens the window a crack so that if I feel the whim and decide to exercise my fingers a bit, at least it won’t sound like doo doo. (Did I just say doo doo? I’m such a MOM!) But the most pleasant side effect of this effort is that my hubs, who plays all the time, will now be able to play my guitar if he wants to. And it is a BEAUTIFUL instrument. I know that I am biased toward it in the much the same way parents are toward their children (OK, maybe not that much), but it really is lovely. This classical can sing. And it has been hanging on the wall, un-played, for far to long now.

The second musical event is that our oldest son, Aiden, was given his first real instrument! From the time he was old enough to favor one instrument over another, drums have always been his biggest love. And the kid’s got rhythm. He doesn’t just beat around and make noise like most 4 year-olds would. He creates beats. He jams. He writes lyrics and melodies to accompany his playing and he gets after it. When a good friend saw him playing at a party recently, he was so taken with his ability and inspired by his passion that he determined then and there to buy him his first kit. The very next day, he did! It arrived in the mail a few days later and he has been playing every day since. Lessons will be soon to follow, but for now, we are just letting him revel in the excitement and joy of playing something his size that belongs to him and makes him feel proud.

The last and most important event is that Jonathan (aka Hubs) has completed and self-released his first album – an accomplishment several years in the making. Music is easily his biggest passion and the thing he gains the most fulfillment from in life. He has labored for a long time to meticulously perfect and pour himself into these 11 song. Writing, performing, and producing every bit of it in our home studio in the sparse time that life, work, and children have left him to work on it. But he never gave up, even when he felt like it didn’t matter anymore. That it could never get done. That he could never find the time. He did. He pressed on and now he has something beautiful to show for it. The beginning of a legacy. I don’t know if thousands of people will hear it in his lifetime, but some will, and those who do will be changed by it. And now he has walked through that door, closed it, and is free to walk through the many that lay ahead. I am so proud of him. And if any of you would like to experience the reason for that pride, click his image below to hear a sample, download the album, or order an actual CD. It is surprising, unique, and full of life… just like he is. I am excited to share this piece of him with the world. 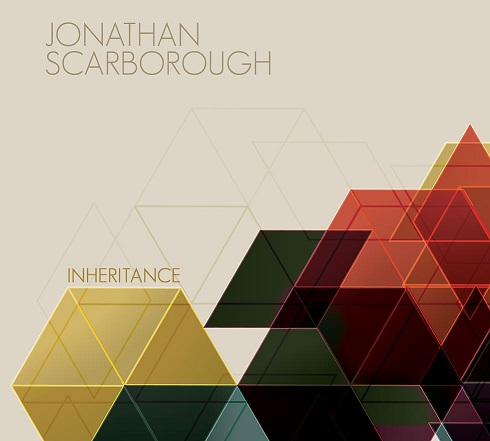